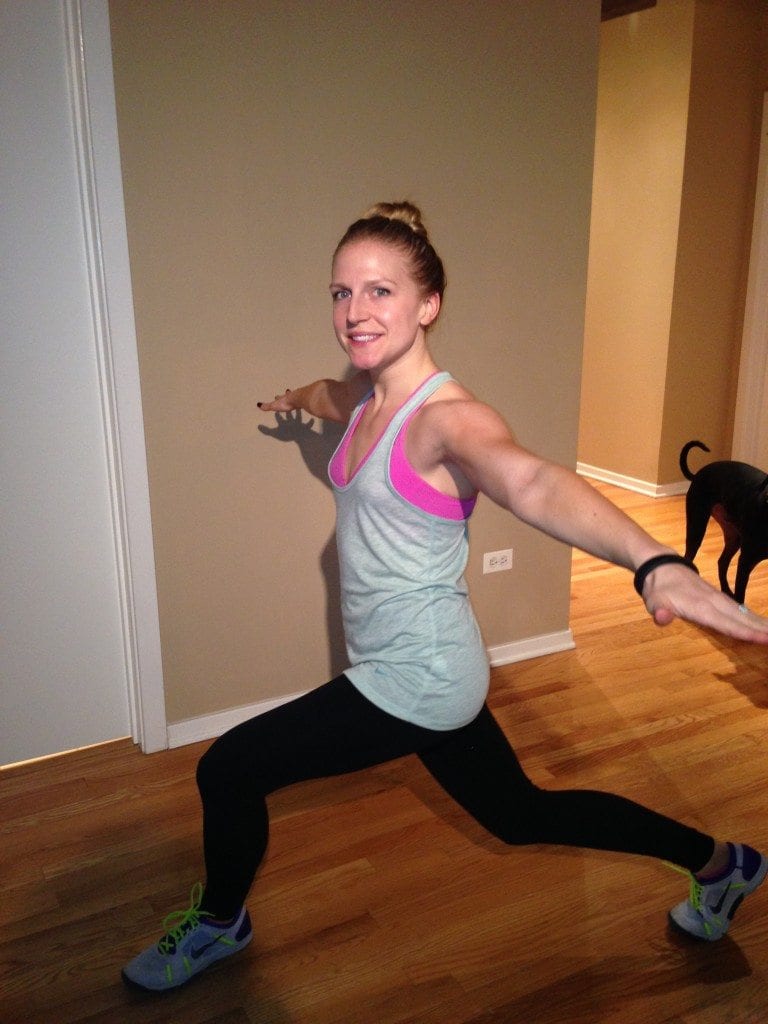 I’ve spent my career doing social media for brands. What I’ve seen on the Internet is a lot of good punctuated by a few jerks who feel like the Internet gives them something to hide behind to call someone fat, ugly, stupid or worse. I started thinking about this a lot last week when I saw a stranger comment on a friend’s instagram photo, letting her know that she thought her photo of her back mid pull-up was “not cute.”

Before flying into a fit of rage at this Internet troll, I thought back to a moment earlier in the day when a friend said the same thing about herself.

You know that scene in Mean Girls (I love Mean Girls), when the girls are sitting around at Regina’s house ripping themselves apart? “My nail beds suck.” “My hairline is so weird.” “My pores are huge.”

Men, women and kids find themselves saying that they’re not enough by calling themselves ugly, stupid or fat. Sometimes we’re our own Internet troll and worst critic. It doesn’t do you a single bit of good.

Here’s how you can stop the negative self-talk and start to be nice to yourself or even love your body.

Stop giving the negative thing you think about yourself the chance to be said aloud.

When you look in a mirror at the gym or at home, what’s the first thing that comes to mind? If it’s something negative, stopping letting that phrase see the light of day. We’ve all done that thing when we’re shopping with a friend or just looking in a mirror standing next to someone. “Ugh, I hate my …”

When you feel those negative things starting to come out of your mouth, either put a pin in it or reframe it. An article from the Huffington Post suggests you turn phrases like, “I’m so stupid,” into, “I felt so stupid.” changing it from an all encompassing feeling to a moment in time.

Only say things about yourself that you’d say to a friend.

You’ve heard of the thumper rule, right? If you don’t have something nice to say, don’t say anything at all.

That also applies to you. You are the most important person in your own life – you feed yourself, you clothe yourself – and you should treat yourself with the respect that you deserve. When you start to feel that “I just wish I had a better …” statement bubbling up, stop it in its tracks.

Focus on your accomplishments.

When you’re in that moment and you feel a negative feeling or statement starting to come out of your mouth. You’re maybe thinking, “I wish I had better arms,” say aloud, “I’ve been working really hard on my arms and I’m starting to see progress.”

If you’re one of the millions of American women who feels uncomfortable about weight, stop allowing yourself to say negative things about it. Instead of saying, “I look chunky,” try saying, “I’ve worked out every day this week,” and you can even throw in a, “and I feel great.”

Stop comparing yourself to other people.

If you’ve ever taken a yoga class, the instructor usually tells you to keep your focus inward and on your own practice. Try applying this to life. Everyone and every body is different. Don’t look at your friend with the six-pack and hate her for the six pack. Focus on you, where you are and what’s realistic for your own body.

If you want that six pack, put it in your own personal goals, but don’t do it for anyone but yourself.

Try saying, “I love my body,” instead of focusing on what you want to fix, because ultimately your body does so much for you – allowing you to run if you love running, do a burpee even though everyone hates burpees or pick up your child if you’re a parent.

Don’t knock yourself down when you have the chance to be your number one fan. Namaste.